Who are the people behind Phoenix Spiritual Group?

A natural medium from childhood Brenda grew up with a disposition to heal. Brought up with a strong belief in the spirit world & that the ability to communicate with those who have passed is a natural process she was led by her intuition & instincts.

A period of spiritual confusion in her late teens, followed by a busy professional life as a nurse & then mother of two boys meant that Brenda did not fully appreciate her ability to communicate with spirit until she was in her late twenties. A traumatic health event led to the Spirit world making their presence felt in a strong & sudden way, which led to her finding her way into the Spiritualist Church & then swiftly onto her development pathway.

Over the last 20 years Brenda has explored her own spirituality through various teachings from courses with the National Federation of Spiritual Healers; Reiki I & II; attending various residential courses at the Arthur Findlay College & elsewhere; sitting in a number of circles inside & outside of the Church movement; undertaking personal spiritual retreats; Native American teachings including the Medicine Wheel & Totem Animals. Time served in a Rescue circle & other Church based learning has enabled her to develop & consolidate the kind of Medium she wishes to be.

Brenda sees herself as a Spiritualist Medium working with people on both sides of life, either from church or centre platforms or through private sittings, to achieve healing on a deep level. For her, Mediumship is about reuniting loved ones for a brief period, to create hope, foster well-being & spiritual development. It is not a means by which fortunes are told albeit on occasion the Spirit world chooses to share information to give help & encouragement.

Brenda now enjoys helping the Mediums of tomorrow to develop & hone their skills by acting as a mentor. She has run Church development circles from open circles to advanced & fledgling groups at Reading National Spiritualist Church. She conducts private sittings from home in the Wokingham area as well as in churches & centres. Since June 2016 she has also run Mediumship development workshops; spiritual retreats; private circles & 1:1 coaching with the help of her teaching guides. This is a source of great pleasure to her as by helping people to grow in spiritual knowledge, we develop as spirits ourselves.

Ongoing personal & spiritual development is a very important part of life, so Brenda is grateful to have the support of friends who sit to help her develop for trance which is fast becoming one of her spiritual passions.

Being part of the Phoenix Spiritual Group is her next adventure…..bringing ‘Spirit to life’….to the lives of those who don’t always want to access Spiritualist Churches. 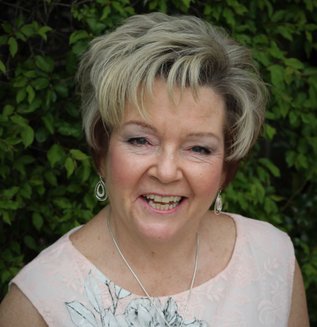 I come from a very ordinary background and grew up with my parents and younger brother in a council house in South East London.  In 1976 and at the age of 19, I married the love of my life and went on to have two children, followed by a successful career in a global telecoms company.

My first “brush” with Spiritualism came about in 1983 as my grandmother passed away and I’ll never forget the comfort experienced as I received evidential proof of her continued existence, via a medium.  Motherhood and my career called however, but I vowed I would one day revisit this fascinating subject.

The return to Spiritualism came in 2015 after the loss of my brother, husband, mother and father all within 5 years.  My parents passed within 10 days of each other but there were clear messages from the Spirit World to help me during those dark days.  (ask me more about it when you meet me)!

At the same time as my parents’ passing, I was told that it was likely redundancy was coming my way.  I decided it was time to do something very different with my life so accepted the redundancy, with a view to taking a year out to see what life would throw at me next.  The rest as they say is history!

I joined a local Spiritualist Church and soon became involved on their committee as social events secretary. During the two and a half years served, I contacted and became friends with several fantastic mediums, bringing them to demonstrate, hold workshops and serve the Church on a regular basis.  I’m proud to say that international mediums Gordon Smith, Billy Cook and Steven Levitt are part of that repertoire and I remain firmly in touch with them all!

Although I’ve sat in circle and had some amazing personal experiences, I feel my calling at this time is to help others see and experience what I already have, by bringing the most talented and qualified mediums to you, either in the form of a private reading, a public demonstration, or a fascinating workshop!  The Phoenix has risen…….. 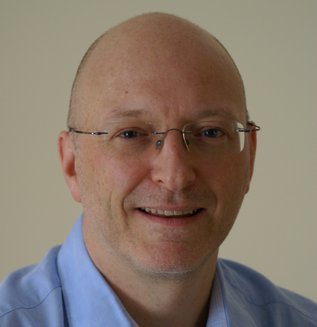 Somehow, I always knew there was something more to life beyond the lifetime we are currently experiencing. I had an interest in things spiritual, but I didn’t really make time or know how to explore things to any depth.

My journey of expanding awareness and development began properly in 1999 on the first day I met the lady who was to become my wife. With a greater level of understanding, picked up from Brenda, together with a “get on with your development” message from a Church Medium, I was able to make the most of opportunities to sit in development circles.

As is the case with spiritual development, the more you do, the more there seems you need to find out about. Healing very much attracted my attention and I was privileged to able to learn about the wonderful universal energies of Reiki through an incredibly gifted soul who exudes everything you could possibly want in a healer. She took me through the development process to become a Reiki Master, and Reiki sits alongside all that I do for Spirit, as I see the interconnectedness of the two.

Having survived a life-threatening illness, I chose to concentrate on my mental mediumship development for the purpose of serving others. I have been fortunate to have experienced excellent guidance, training and development and I now serve Churches and Centres as well as offer private readings, healing and teaching. Our process of learning never ceases and I am uplifted each time my work enables someone to feel the love of spirit.

It is an absolute pleasure to have been in the company of so many excellent influencers throughout my varied spiritual development thus far, including my time served on the committee of Reading National Spiritualist Church and as part of the teaching team there.

As a founding partner of the Phoenix Spiritual Group, I look forward to meeting even more inspiring people and continuing my own personal development. I am delighted that my thirst for knowledge together with my wish to help others access such knowledge continues to be uplifted under the wings of The Phoenix.

Return to top of page